Open-cut mining is a process of resource extraction where it is dug up from the surface. Also known as open-pit mining or open-cast mining, it is the most common form of extraction for minerals or coal in Australia.

Open-cut mining starts with removing the topsoil for later use in land rehabilitation, before blasting the underground rock. Once the coal seam is reached, it is drilled, extracted and removed to be washed and processed.

The Carmichael Mine in central Queensland is Australia’s newest open cut coal mine. Following an 18-month construction period from July 2019, the mine will produce 10 million tonnes a year of high-quality, low ash thermal coal for the international market.

This will be done using the latest open-cut mining techniques, in partnership with progressive land rehabilitation that will restore the land after active mining has ended.

How Does Open Cut Mining Work?

There is significant misinformation about mining processes and their impacts. Resources extraction is essential for contemporary life, and in Australia it is conducted using world-leading best-practice techniques.

So what is the open-cut mining process? It is a simple process of removing the surface soil, then blasting the rock to expose coal seam, and digging out the coal.

At the start of the process, the topsoil is dug and collected at the leading edge of an active mine. This soil is later returned for use in land rehabilitation, a key focus of progressive sustainability efforts.

Then the rock covering the coal seam is removed to expose the coal seam. Holes are drilled for industrial explosives to break up the rock safely. The blasted rock (overburden) is then removed using huge draglines and trucks.

Once the coal is uncovered, front-end loaders or excavators load up the coal to be transported and processed. 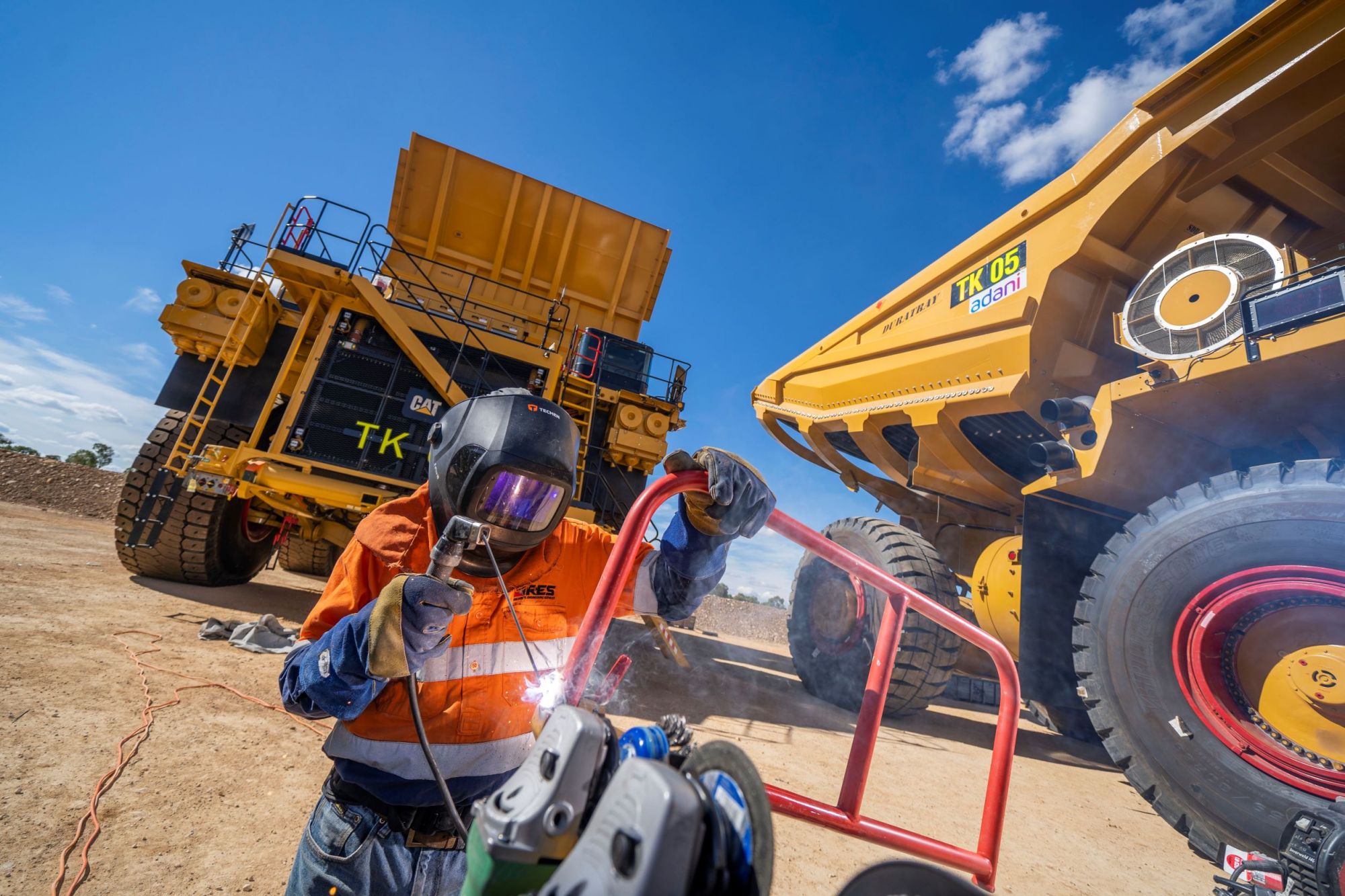 Open-cut mines in Australia are very common. According to Geoscience Australia, about 80 per cent of Australian coal is produced from open-cut coal mines.[1] This compares to global production where only about 40 per cent is extracted from an open-cut pit.

Open-cut mining is also used to extract minerals such as nickel, bauxite, gold, copper and for quarries. There are more than 350 mines across the country including about 125 coal mines.[2]

Australia produces 19 minerals in significant volumes, that are used around the world to make energy, metals, construction products, electronics and material goods. There are mines in all states of Australia, as well as the Northern Territory and Christmas Island.[3]

The Benefits of Open Cut Mining

According to Geoscience Australia, an open-cut coal mine can be a safer and more efficient way of extracting coal.[5] This increased efficiency is because up to 90 per cent of the resource is able to be extracted at the seam.

What is open-cut mining in terms of the process is simple and allows for fast access and production. Compared to underground mining, the resource is more accessible to bigger and more efficient drilling and digging machinery. For example, Bravus will use the 600-tonne Liebherr 996 excavator at the Carmichael Mine. This excavator’s bucket can carry more than 70 tonnes of rock in each scoop.[6] These efficiencies reduce the cost compared to underground mining.

More importantly, open-cut mines have been found to be safer for workers. While coal mines continue to experience workplace incidents, underground mine have greater risks from explosions and wall failure.[7] Underground miners are confined within the mine, compounding potential harm.

Australian open cut mines have a strong safety focus, and have a fatality rate of less than half the US rate. 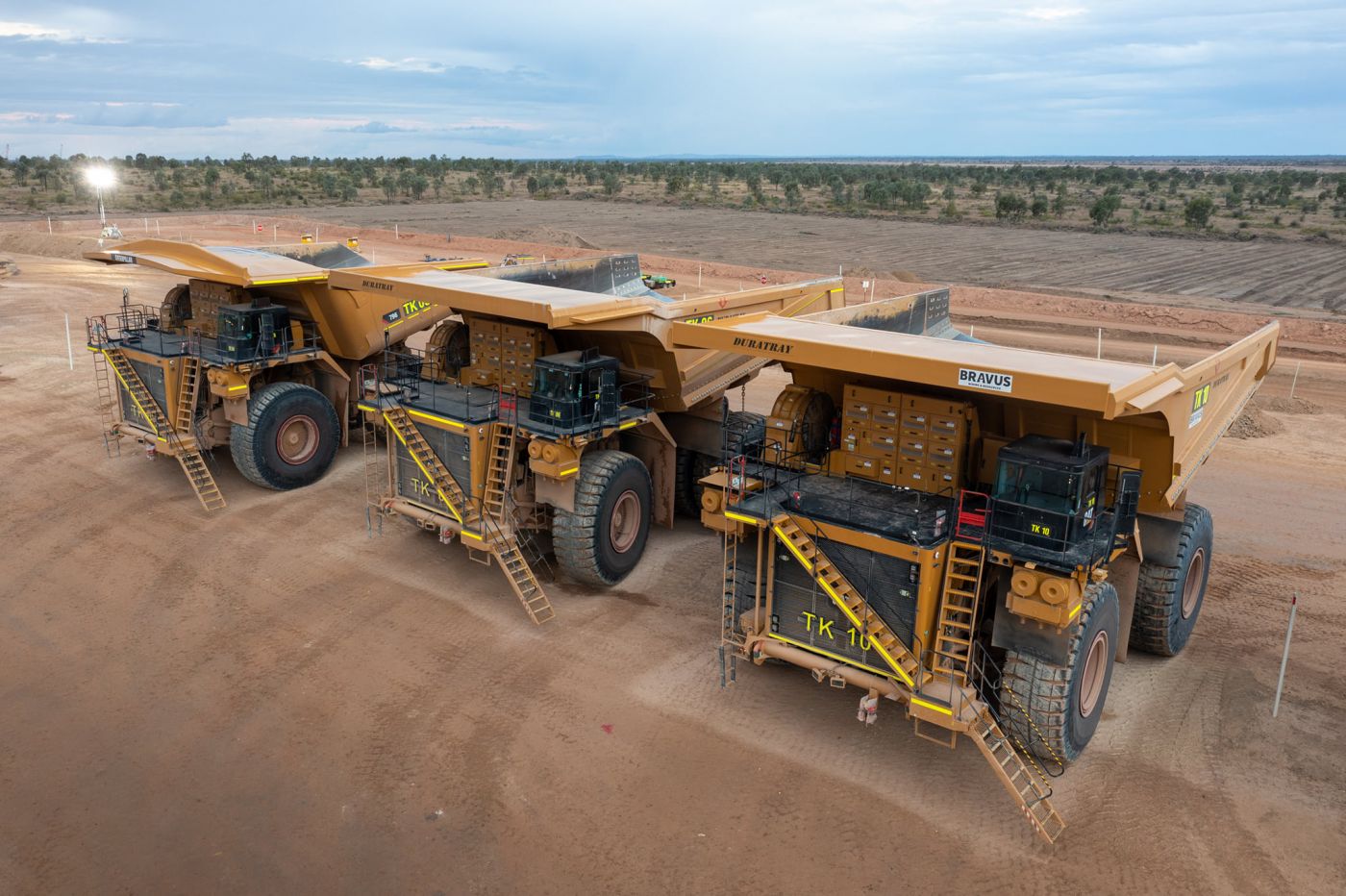 What Is the Difference Between Open Cut and Underground Mining?

Open-cut and underground mining are very different methods of resource extraction, each required in different circumstances. The goal is the same, to unearth the minerals or resources from under the surface. They use similar heavy equipment to dig, load and haul the rock and ore. For coal, the resource is processed in the same way. So, what is the difference between open-cut and underground mining?[8]

What is open-cut mining? As discussed, open-cut mining uses a three-stage process of soil removal, rock blasting and transport to mine the relatively easy-to-access resources. This process can be utilised when the coal bed resource is within a few hundred metres of the surface.

What is underground mining? The mines are built with deep shafts in order to access deeper deposits and seams. Sometimes this can be an extension of an open-cut mine. Building an underground mine involves sinking a shaft deep enough to access the resources, with declines and tunnels created to allow the movement of people and machinery around the mine. These tunnels also provide ventilation and create connections across the mine.[9]

From there the process of extracting the coal is done using one of two methods, the board and pillar method or longwall mining. The board and pillar approach tunnels through the seam and leaves bolts to support the mine roof structure. In autonomous longwall mining, a technology developed by the CSIRO that has been widely adopted in Australia, a machine mines along tunnels about 1500m long and 250m wide. The tunnel roof is continually reinforced by hydraulic equipment within the mining machinery. Once the zone has been mined, the tunnel segment collapses behind it.

Safety precautions and procedures are critical in all forms of mining. It is an inherently risky environment due to the extraction processes required, the high level of mechanisation and the presence of combustible gases. Workers perform long shifts around the clock, and there can be reduced visibility and noise.

Despite the challenges, Australia has a strong regulatory and cultural approach that gives it one of the world’s best-performing safety records. Safety is a key element for what is open-cut mining in Australia. Early detection and prevention of incidents is part of the safety framework within companies and governments. This involves processes for gas emissions, dust, slope stability and monitoring, fire-risk minimisation and interactions with vehicles.

Australian mining fatalities have fallen significantly, from 12.4 worker fatalities per 100 000 workers in 2003, to 4.4 in 2015, according to SafeWork Australia. 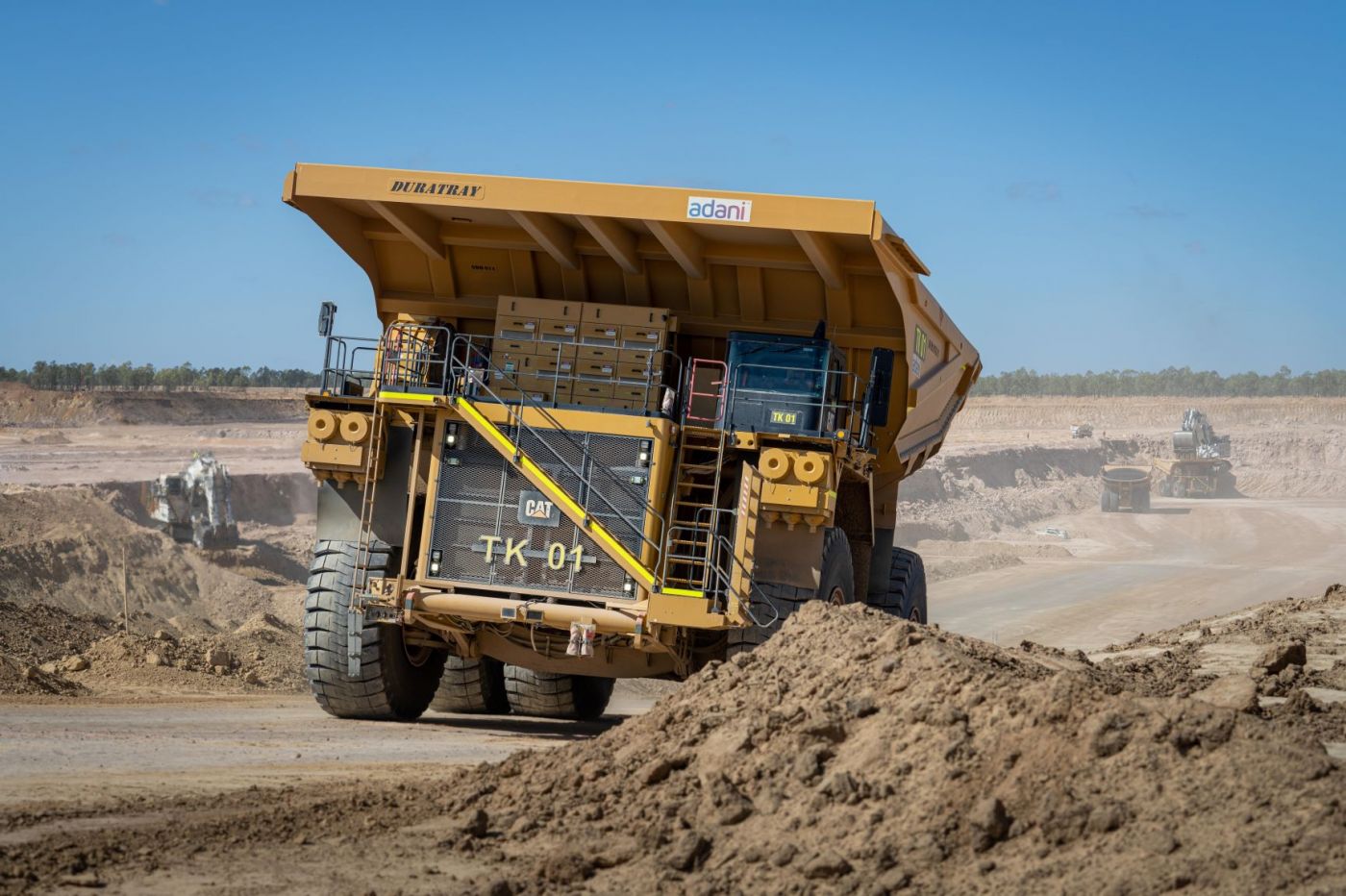 Australia’s METS sector is also leading the development of cutting-edge technologies such as measurement while drilling systems for real-time geophysical and borehole data access, machine learning technologies for remote grinding optimisation, and an internet of things capability for mobile fleets.

All these advances contribute to a safer, more productive and more sustainable mining industry.

What is open-cut mining to Bravus? It is a way of creating jobs, opportunities and development for regional Queensland. During construction for the Carmichael Mine, Bravus paid out more than $1bn to regional Queensland businesses and contractors. The project created more than 2600 direct jobs.

Now we are moving to the next phase of the Carmichael Project with operations underway. We have partnered with MacKellar for the mining services contract and will offer 60 regional Queenslanders traineeships as haul truck operators. This complements 280 experienced workers across mining operations who have already been employed. More recruitment is underway.

The first coal export is due within weeks.