Is the Bravus Carmichael Mine really a 'mega-mine'?

There is has been a lot of chatter about “mega mine” operations, but does it stack up?

Australia has abundant natural resources, from minerals to coal and gas. This has helped grow the nation’s economy and jobs. In 2019, direct foreign investment in mining and quarrying totalled $361.1 billion, about the same amount as the combined total international investments in manufacturing, financial and insurance activities, and real estate.

Mining across Australia delivers jobs and opportunities, either directly to people working and contracting to the industry, or indirectly through taxes and royalties and greater investment.

But what is a mega mine? And does the Carmichael Coal Mine in central Queensland really qualify as a mega mine?

The answer is no.

According to global industry analysts GlobalData, the top five coal-producing mines in Australia all extract more than 14.5 million tonnes per annum (MTPA). The Carmichael Mine will deliver about 10 MTPA.

Globally, the world’s biggest coal mine – the North Antelope Rochelle in the USA - produced 98.1 MTPA in 2018.

So while the Carmichael Project has already created more than 2600 direct jobs and invested more than $1.5bn in contracts – largely to local companies – it cannot be seen as a mega mine. 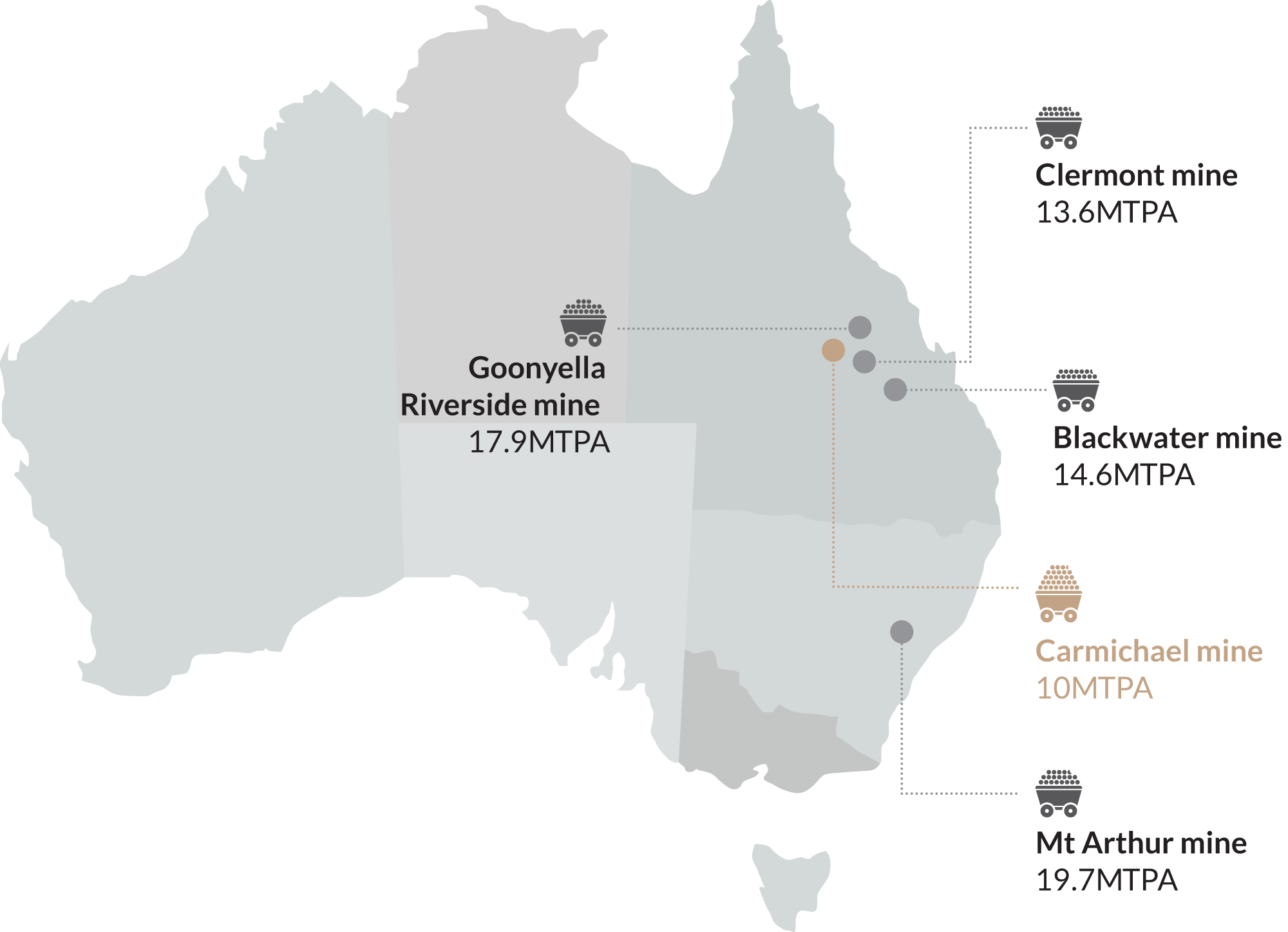 Coal mining in Australia has a long history. Developable coal seams can be found in all states of Australia. The biggest known resources have been found in Queensland’s Bowen, Maryborough, Surat and Laura Basins, the New South Wales Surat and Sydney Basins and Victoria’s Murray and Gippsland Basins. Central Australia’s Eromanga Basin and the Arckaringa Basin also contain significant deposits, as does Western Australia’s Perth, Collie and Canning Basins.

While operational coal mines are found in all states, most mining occurs in Queensland, New South Wales and Victoria. There are more than 100 black coal mines in Australia, as well as more deposits that have yet to be developed. Australia also has major lignite (brown coal) deposits that could support another 1000 years of extraction, according to Geosciences Australia.

There are some large-scale coal-mining operations in Australia due to the strength of these resources. Combined, resources contributed 68 per cent of Australia’s export revenue in 2021, setting a new record of $351 billion. This helps to meet growing global demand for electricity as developing nations, notably China, rise from poverty.

AGL’s Loy Yang open-cut mine produced about 20.934 MTPA of brown coal in 2020, according to GlobalData’s mining database. It is located in Victoria’s Latrobe Valley and is about 6000 hectares in size. It is the biggest coal mine in Australia.

Yancoal’s Moolarben Mine in New South Wales is approved for up to 24 MTPA production. GlobalData’s mining database said its production in 2020 was 19.7 MTPA.

Other major coal mines in Australia include Queensland’s Goonyella Riverside Mine (17.53 MTPA in 2020) owned by BMA, a BHP and Mitsubishi Development joint venture; BHP’s Mount Arthur Coal Mine in New South Wales (16.052 MTPA); and Glencore’s Rolleston Mine, in Queensland, which produced an estimated 14.594 MTPA in 2020.

About the Carmichael Mine

The Carmichael Mine in central Queensland is one of more than 100 mines in Australia. It is located in the Galilee Basin, about 300km inland. It will produce thermal coal for export to India and other countries.

In order to construct the mine, Adani Australia met the requirements for more than 100 environmental and social regulatory approvals. Operational activities will also comply with all compliance requirements.

More than 2600 people were employed on the mine’s construction, which also generated more than 9000 jobs. Local businesses also benefited from the mine’s development. Contracts totalling more than $1.5bn were awarded, with more than 90 per cent granted to Queensland-based businesses.

The Carmichael Coal Mine will produce up to 10 MTPA. It is far from a “mega mine”. At this production it will represented less than 2.6 pr cent of Australia’s total thermal coal exports of 383 MTPA in 2018-2019. It is similar in production to many coal mines in Australia, including central Queensland’s Peak Downs and Saraji open-cut mine. These have both been operational for decades.

The recently approved Pembroke Olive Downs mine, approved by the Queensland Government in 2021, will be the third largest in the state according to media reports and produce up to 15 MTPA. 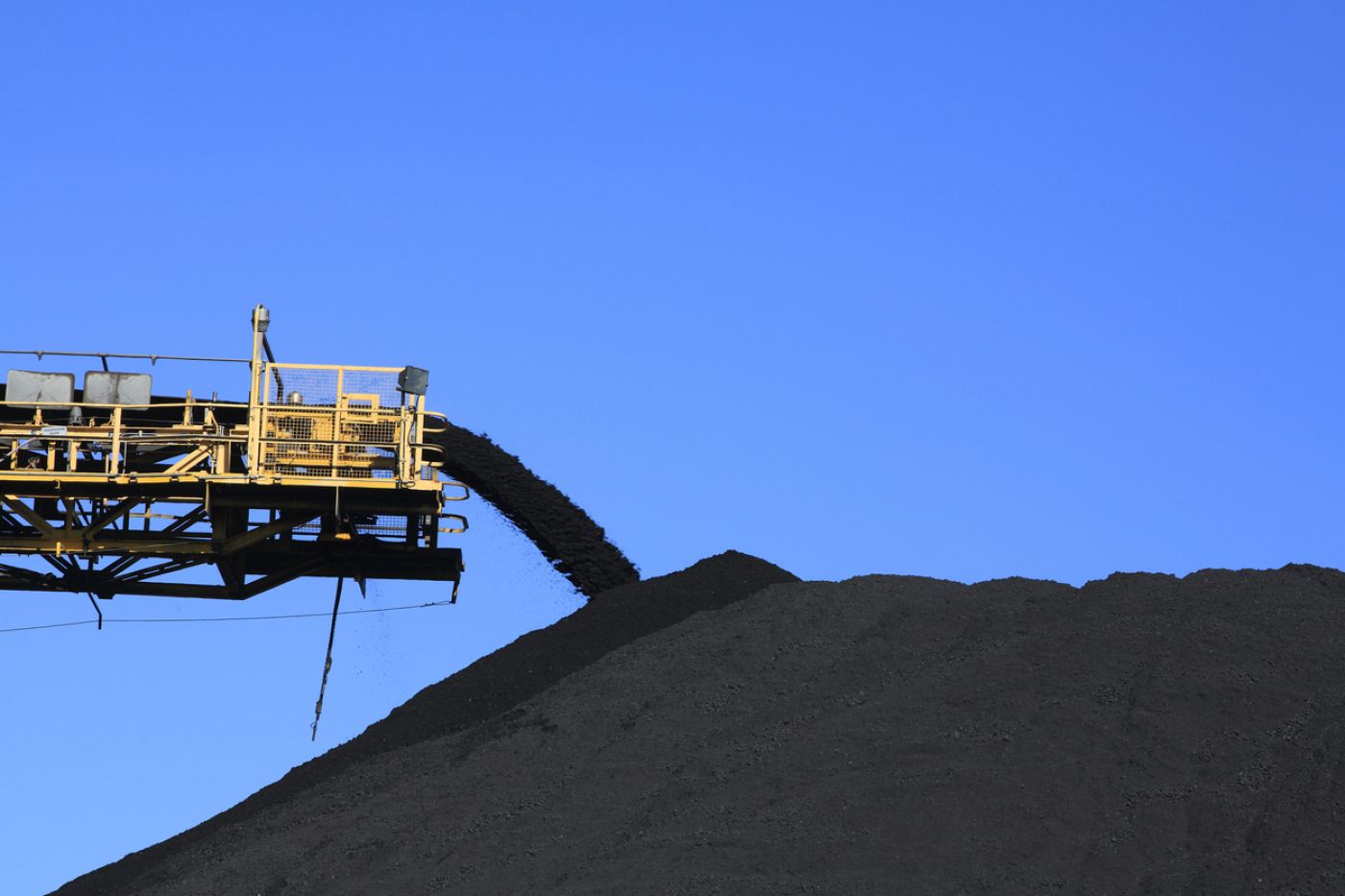 Learn More About the Carmichael Mine and Bravus Mining and Resources

Get the facts about mining, Bravus and the Carmichael Mine. Far from being a “mega mine” or a “super mine”, the Carmichael coal mine is comparable to many operating mines. While it has only a minimal impact on Australian exports overall, the mine has provided high-quality jobs and training opportunities for local central Queensland people and businesses.

To find out more facts about the project, visit the features page on the Bravus website. The features will explain, using reputable sources, the reality of mining and coal in Australia. They also detail sustainability initiatives and the technology that drives the coal-mining industry.